Recreational Boating Injects More Than $1 Billion Into BC Economy 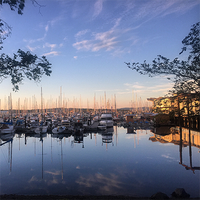 Recreational Boating Injects More Than $1 Billion Into BC Economy

The report also highlights the critical importance of recreational boating in smaller communities. Small towns where boating is prevalent see their population more than double during the summer season. Marinas are a focal point for activity and many towns see a steady increase in the number of boaters year after year.  In addition to marinas, boat dealers, service stores, and boat manufacturers are among the biggest contributors within the core industry.

Outside of the core industry, ripple revenues from the recreational boating sector also flows into other sectors such as BC’s tourism industry. British Columbians and foreign visitors involved in boating spent almost $1.8 million on goods and services in 2016.

BC is home to numerous small towns where the marina is the main attraction during the summer. Given recreational boating’s large influence, we need to protect waterways and marinas for these communities to ensure even more growth in the future. It is more important than ever for communities to enable and protect access to recreational waterways to continue to realize economic benefits.

British Columbia saw significantly higher growth, in comparison to the national average of 12 per cent. In fact, both the GDP and Employment growth were nearly 30 per cent since 2012, speaking to the importance of the industry to the province’s economy.